The Magical World of Harry Potter in London

Who doesn’t love Harry Potter?
And above all, who wouldn’t want to live just one day in his fantastic world? Well, it is possible! Just by visiting the Warner Bros Studio‘s Tour of London! The fans of the little wizard will love it and I’m not just talking about little fans – this destination is fun for adults too.

When you first enter the Studios you are taken to a room where you are shown an interesting video about how the idea of making a film inspired by Rowling’s books came about.

Then the real tour in the magical world of Harry Potter begins, leading you to the wonderful Great Hall.

Built in 2000 especially for the first film, Harry Potter and the Philosopher’s Stone, the set was then used for the next 6 films in the saga.

The spectacular hall contains, the costumes of the students in each of the four houses of Hogwarts,  plus two very long tables set elegantly for dinner.

At the end of the room you can admire the teachers’ table and their costumes. An amazing start to the tour, which is then followed by a journey through various scenes which are familiar to fans of the films.

Here you will explore scenes such as the dormitories and sitting room of the students of Hogwarts; Professor Dumbledore’s study, Hagrid’s hut, and the hall of Malfoy Manor the Forbidden Forest inhabited by huge spiders, and so much more!

The sets and props are the original ones used for filming.

Seeing everything that created the scenes of the films and how much work there is behind every detail does not take away the magic behind Rowling’s stories; but rather gives further value to the wonderful films.

What You’ll See on the Tour

Most of the scenes in the film were shot in Kings Cross Station in London, however for the final episode a part of the station was recreated in the studios.

The real locomotive and passenger carriages have been used throughout the UK to create external train views; while a special set of internal carriages has been used for all scenes taking place inside the train.

Great attention was paid to the creation of the all-pink office of the Ministry of Magic official, including the collection of plates with various moving kittens.

Over 130 plates were created for the office and they photographed and filmed real kittens with crystal balls, witch hats and balls of wool.

This is probably my favorite set, although it’s hard to choose. The original design of the street combines the rich details of the Harry Potter books, with the inspiration of the streets described in the works of Charles Dickens.

Diagon Alley hosts not only the Gringotts Bank, Flourish and Blotts and Mulpepper’s Pharmacy, but also the dusty Ollivanders shop, where, you may remember, Harry’s wand chose him.

During the shoot, the store housed over 17,000 individually labeled wand boxes.

This section of the tour ends spectacularly with small-scale reconstruction of Hogwarts castle.

The shots of this meticulously constructed model have been combined with digital effects to create unforgettable realistic views of the exterior of the Hogwarts School of Witchcraft and Wizardry.

A team of 86 artists and staff members built the first version of the Hogwarts castle for Harry Potter and the Philosopher’s Stone.

If you are in need of refreshment by the end of the tour, you can always give the Butterbeer a try at the Studios coffee shop.

I didn’t actually taste it myself, but I was told that it was very sweet, and obviously non-alcoholic!

It has to be said that the visit is not cheap  and there are also family packages, but it really is worth the money.

The Studios are located about 1 hour from London, so it would be worth your while to compare agencies and to get a package which includes the bus journey from central London plus the entrance ticket.

Alternatively, you can take the train.

The whole tour lasts about 3 and a half hours.

The Studios are usually quite crowded, but it is very well managed and the flow of people will not bother you.  I would also recommend to book in advance.

Keep in mind that the shops inside the studios are full of temptation, but the prices are very expensive! 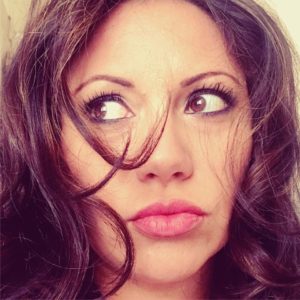